TORONTO (July 5) – Several hours after the National Hockey League’s king of goaltenders re-signed with the New Jersey Devils last week, I spoke to one of the more prominent executives in the game and was told the following: “Howard, you should look into the negotiation between Martin Brodeur and the Maple Leafs. I can tell you with fairly good authority that Toronto came close to landing him as a free agent.”

While I was intrigued by such information, it didn’t astonish me. Within the previous hour, I had listened to a recording of Brodeur’s voice on Sportsnet in which he extolled Brian Burke and David Nonis for their determined, consummate attempt at acquiring his services. Though I’ve examined the Leafs with a critical eye this week, I’ll acknowledge, without equivocation, that Burke can be as persuasive and enticing as any GM in hockey once he settles on pursuing a player. It has long been double-B’s ace-in-the-hole and it largely impressed the NHL’s most decorated puck-stopper.

“I don’t want to characterize how close the Leafs were to signing Marty, but I’ll tell you this: If New Jersey hadn’t quickly stepped up with a two-year contract offer, all bets would have been off,” said agent Pat Brisson when I spoke with him earlier today from Los Angeles. Brisson, best-known as Sidney Crosby’s representative, would neither confirm nor deny that Leafs had promised two years; he conducts business quietly and professionally on behalf of his clients. It is, however, fairly common knowledge throughout the industry that Burke made it clear to Brisson – without hesitation – he would accommodate the two-year demand. 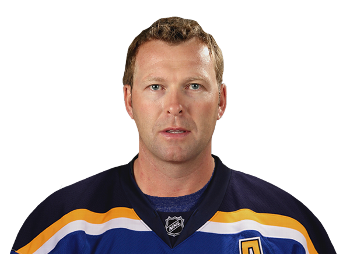 MARTIN BRODEUR TO THE LEAFS? IT WAS MORE THAN A FAINT POSSIBILITY.

“The Leafs were aggressive and sincere in coming after Marty and I can guarantee you this wasn’t a leverage situation,” Brisson said. “I think most people know that Marty didn’t want to leave New Jersey; after all these years, he’s part of the furniture in the Devils’ office. But, when Lou [Lamoriello] wouldn’t go beyond one season – and July 1 was creeping up – Marty called me and asked what he should do. I told him very quickly: ‘You have earned the right, many times over, to sign for two more years and you owe it to yourself to see what else might be out there. It doesn’t mean you have to leave New Jersey. But, you should explore the market.’

“Believe me, that wasn’t easy for him,” Brisson stressed. “The mutual loyalty between Marty and the Devils has been remarkable. But, hockey is also a business.”

Brodeur, of course, has spent his entire 19-year career in New Jersey; he’s been the Devils No. 1 goalie since the 1993-94 season. During that span, he backstopped the original Kansas City Scouts to three Stanley Cup championships in eight years [1995-2003] and he appeared, this spring, in his fifth Cup final (at age 40), losing in six games to Los Angeles. On Mar. 17, 2009, at the Prudential Center in Newark, he earned his 552nd regular-season victory [3-2 over Chicago] to surpass Patrick Roy as the all-time NHL leader. Most remarkable, however, was the eclipsing of a record that no hockey observer thought possible: Terry Sawchuk’s 103 regular-season shut-outs.

That mark fell on Dec. 22, 2009 at the old Mellon Arena in Pittsburgh when Brodeur earned his 104th whitewash in a 4-0 triumph over the Penguins. Sawchuk had held the record posthumously for nearly 40 years – since Feb. 1, 1970, when he also blanked Pittsburgh as a member of the New York Rangers.

Though Brodeur may have entered free agency with a heavy heart, Brisson confirmed he did so with a full heart. “Once Marty made up his mind to look around, he was completely open to any possibility,” said the agent. “I think the Leafs were smart; they understood this right away and were genuinely determined to sign him. They got Marty’s attention very quickly. A couple of other teams were involved, but they had moving parts and were pursuing [Zach] Parise or [Ryan] Suter. Toronto was extremely focused on Marty. He liked the direction the Leafs were going and would have been happy to work with their young goalies. He enjoyed talking with Burke and Nonis.

“Again, it’s hypothetical to say what may or may not have happened. But, Marty signing in Toronto wasn’t at all beyond reason. I think the Devils quickly sensed the possibility they could lose their franchise goalie.”

AGENT PAT BRISSON (ABOVE) AT HIS OFFICE IN CENTURY CITY, CALIF. WITH A COUPLE OF SOUVENIRS FROM THE OLD MONTREAL FORUM. BRISSON, 47, IS A NATIVE OF SALABERRY de VALLEYFIELD, QUE. HE SCORED 45 GOALS FOR DRUMMONDVILLE OF THE QUEBEC MAJOR JUNIOR HOCKEY LEAGUE IN 1984-85. AMONG HIS CLIENTS ARE CROSBY, EVGENI MALKIN, HENRIK AND DANIEL SEDIN, PATRICK KANE, JONATHAN TOEWS AND ANZE KOPITAR.

Burke made it clear he felt the Devils would never allow such a circumstance and was proven correct when Lou Lamoriello stepped up with a two-year offer. “Obviously, that was something Marty wanted to happen, but there was no indication it would happen until it did,” said Brisson. “He took a pay-cut to stay in New Jersey; he wasn’t going to leave the Devils over a million dollars. But, that second year was a must. I can all but assure you Marty would have gone elsewhere – quite possibly Toronto – if the Devils had held out much longer.”

I find it intriguing that so many people are critical of Columbus general manager Scott Howson in the Rick Nash saga. On July 3, 2009, Nash – presumably without a gun to his head – signed an eight-year contract extension to continue playing hockey for the Blue Jackets, effective in the 2010-11 season. To my knowledge, there were no clauses in the $62.4-million pact that assured the Jackets be in contention for the Stanley Cup in 2012. Nonetheless, Nash determined late last season he wanted out of Columbus, saying if the franchise believed it could improve its lot by trading him, he would waive his no-movement clause. Of course, he’d only do so for a select number of teams.

Four months later, nothing has changed. Nash is still bound by the lucrative contract he signed to play for the Blue Jackets and Howson is under no obligation to peddle him until he receives a commensurate offer. In fact, it is Howson’s obligation not to trade Nash for anything less than what he determines is fair value. Why hockey observers are hammering the young GM for insisting on such a return defies logic. Nash is the face of the Columbus franchise; its most talented performer, and one of the truly natural goal-scorers in the game. He isn’t scheduled to walk as a free agent until July 1, 2019, so Howson is under no time constraint. The only pressure that could come to bear would be from Blue Jackets’ owner John McConnell… and perhaps it already has. Otherwise, Howson must obtain maximum worth for such a premier talent. 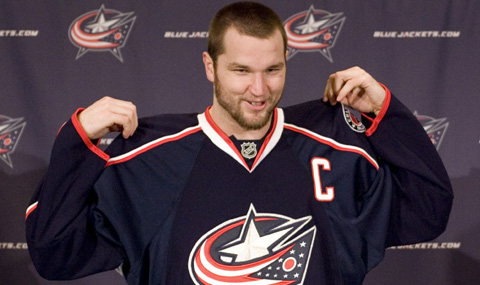 RICK NASH, IN HAPPIER TIMES WITH THE BLUE JACKETS.

If the player isn’t amenable to such a circumstance, his options are to perform unhappily (wouldn’t we all mope if we had to play hockey for a salary that ranges between $7.5 and $7.9-million in the next five seasons?) or to withhold his services – enacting breach-of-contract and suspension without pay. In a perfect world, Howson would hope to avoid either scenario. In the real world, Nash – who has always carried himself like a first-rate pro – must honor his legal and moral commitment to the Blue Jackets until his manager procures a satisfactory exchange.

If that makes Howson a bad guy, so be it.