TORONTO (July 24) — Adopting the age–old cliché that there are two sides to every coin, let’s look at a different side of the Toronto Maple Leafs. This is not to excuse Brendan Shanahan and Kyle Dubas for the salary cap hell they created, but neither have they been able to control every aspect of the crisis. I’ve been all over the Leafs since the playoff embarrassment against Montreal and, in particular, since Shanahan stubbornly followed by telling the world “we’ll get this done” with the current nucleus, despite not a shred of proof. As I look back, however, at a dozen or so blogs in June and July of this year, perhaps my position has been unfairly lop–sided.

So, allow me to try and view the situation, as best I can, through the eyes of Maple Leafs management:

THE NYLANDER–MARNER–MATTHEWS CONTRACTS: It appears to be well–established, given lack of production in the Stanley Cup playoffs, that the Leafs conceded too much salary and cap space to their Big 3 draft picks of 2014–15–16. William Nylander, Mitch Marner and Auston Matthews gobble up $29,505,616 of the cap figure.

That said, the agents for all three were presented a wonderful gift on July 5, 2017 when the Edmonton Oilers signed Connor McDavid to an eight–year, $100 million contract with an Average Annual Value (AAV or cap hit) of $12.5 million, which kicked in for the 2018–19 season. McDavid, fairly or otherwise, established the negotiating bar for those representing Toronto’s Big 3. And, while none of Nylander, Marner or Matthews can be directly compared to McDavid, they’re at least in the conversation. As such, the agents were successful in pushing the Leafs to maximum figures. In all the discussion of playoff underachievement, what gets lost is the 82–game regular season; the need to accrue enough points to qualify for the Stanley Cup tournament… and to provide fans paying the most–expensive ticket prices in the National Hockey League a heightened level of entertainment. In that regard, the Big 3 have offered commensurate bang for the buck. Matthews ranks among the most–feared shooters in franchise history while Marner’s creativity is off the chart. Given that NHL players are compensated only during the 6½ months of the regular schedule, it’s difficult to argue the Leafs have not received their money’s worth. THE PANDEMIC EFFECT: The Leafs are taking lots of heat, from this corner and elsewhere, for lacking the cap wherewithal to retain Toronto native Zach Hyman, who wanted to re–sign with the club but has verbally agreed to join the Edmonton Oilers as a pending unrestricted free agent. When the Leafs inked Hyman to a four–year, $10 million contract prior to the 2017–18 season, no one anticipated a worldwide pathogen that shut down the NHL for five months and prevented teams from selling tickets to games over a full playoff tournament and follow–up, 56–game schedule. As such, it’s a miracle that the current salary limit of $81.5 million remained flat and did not plummet. Had the plague of COVID–19 not materialized — and given the recent influx of $1.5 billion from Vegas and Seattle in expansion fees — it isn’t difficult to envision the cap figure pushing $85 to $88 million. Which would have enabled the Leafs to retain Hyman and exist more comfortably with the Big 3 under the payroll ceiling.

THE YZERMAN PRINCIPLE: We would all be wealthy, beyond means, if accorded a thousand dollars for every pledge from fans that the Detroit Red Wings would never win the Stanley Cup with 1983 first–round draft choice Steve Yzerman. This was established, primarily, over a four–year span. In the playoffs of 1993 and 1994, Yzerman and the Red Wings, though favored, were upset in the first round by the Maple Leafs and San Jose Sharks. After the lockout–shortened season of January to May 1995, the Red Wings made it to the Stanley Cup final but were swept, rather ingloriously, by the New Jersey Devils. In 1995–96, it appeared Detroit would finally, and unequivocally, get over the hump after breaking Montreal’s 18–year–old record for most wins in a season. The Red Wings prevailed in 62 of 82 games but were defeated in the Western Conference final by the Colorado Avalanche, losing Game 7 at Joe Louis Arena. There were shrieks for Detroit management to move on from Yzerman.

Instead, the club remained adamant, knowing that a trade for Yzerman would be largely cosmetic and would not procure commensurate value. The Red Wings brought in Scotty Bowman, perhaps the lone figure in the NHL that would not be intimidated by ownership from above or star players from below. As documented through the years, Bowman summoned Yzerman to a one–on–one conflab and expressly told the captain the Wings would never win the NHL championship unless he altered his playing style. Yzerman, from the outset, had been encouraged to deploy his wonderful offensive flair and the Red Wings soared from 2,100 season ticket subscribers in 1983 to more than 18,000 by the end of the decade. In a six–season span, Yzerman surpassed 100 points each time, accruing an otherworldly 155 in 1988–89. But, Detroit hadn’t won the Stanley Cup, coming relatively close only in 1995.

Bowman impressed upon Yzerman to become a 200–foot performer; to address his defensive responsibilities with the same vigor as when handling the puck. To his everlasting credit, Yzerman followed Bowman’s advice and never–again put up more than 85 points in a season. The Red Wings made a splendid trade on Oct. 9, 1996, sending an aging Paul Coffey and Keith Primeau to the old Hartford Whalers for a nasty, uncompromising winger named Brendan Shanahan. Patience was rewarded with the spectacular development of 1989 draft picks Nick Lidstrom, Sergei Fedorov and Vladimir Konstantinov. And, it all came together for the Wings, who captured the NHL title in 1997, 1998 and 2002. None of which would have materialized had they given up on Yzerman. 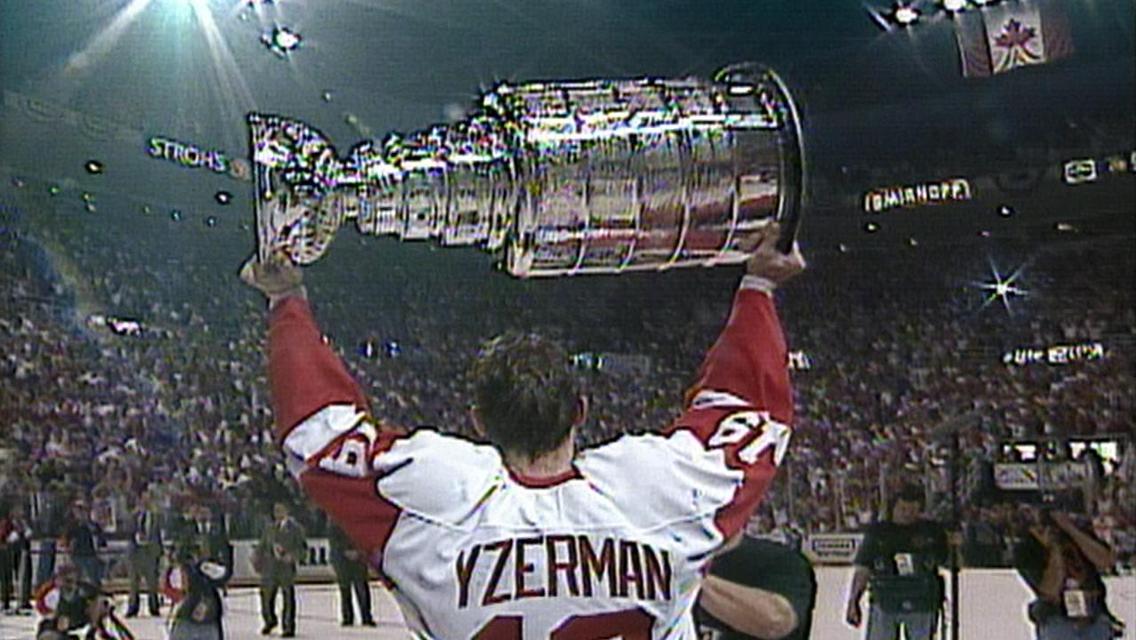 The moral of the story is for the Leafs to follow Shanahan’s pledge and not give up on Nylander, Matthews or Marner. But, to build around the Big 3 via player development and at least one astute trade. What the Leafs do not have is such a legendary figure as Bowman to grab Matthews and Marner by their playoff necks. Nor can management be excused for the unnecessary pursuit, three summers ago, of John Tavares. With the Big 3 still under entry level constraint — and a year after McDavid set the bar with his $12.5 million cap hit — the Leafs committed $11 million of cap space over a seven–year span to another offensive talent. And, locked it in with a full no–movement clause. Though Tavares is a marvelous player and person, it was, by many miles, the biggest mistake of the salary cap era by the Blue and White; an extravagance that handcuffs the team, immeasurably, to this day.

Somehow, the Leafs must work their way out of cap hell. No one will do it for them and they won’t likely accomplish it by retaining all of Matthews, Marner and Nylander. Tampa Bay enters similar territory, yet with three Cup final appearances in the past seven years and back–to–back championships. The Red Wings have plummeted to the NHL depths, but only after an incomparable 25–year playoff run and four Stanley Cups between 1997 and 2008. By comparison, the Leafs are strangled with cap space having not won a playoff round since 2004.

Even so, and as mentioned off the top, there are two sides to every coin.

I hope I’ve presented some balance in this blog.

10 comments on “Leafs Fans, On The Contrary…”